Often perceived as a villain, in particularly the few films he’s made appearances in, the “Red Cyclone” is actually considered to be “good natured, with a great sense of humor, and totally fearless.” according to the Capcom Wiki page of Street Fighter II: Special Championship Edition. The grappling Ruskie is also considered to be the first fighting video game character who relies on a rasslin’ moveset. So you can thank this man for your Kings, Wolf Hawkfields, and Big Bear/Raidens.

Due to his strength, build, and overall hairiness, it’s easy to see why Zangief has always been seen as a video game heel. Surely people would’ve realized that deep down he was just a fun-loving guy if they would’ve stuck with him until the end of Street Fighter II to see him happily Cossack dance alongside Soviet Union leader Mikhail Gorbachev. Who, according to the game, is only four feet tall. Strangely enough, this isn’t Gorbachev’s only video game appearance.

Sadly, being a Russian Soviet not only had political ramifications for Zangief, but affected his player desirability as well. Joke’s on everybody else who forewent Zangief in favor of Ryu or Guile. While those guys relied on make-believe kinetic energy blasts, Zangief was taking heads off with lariats and further punishing those heads with screw piledrivers, much like his 16-bit nemesis, “Macho” Mike Haggar. The man was a Russian pixelated version of Brock Lesnar.

Once the only actual wrestler in the Street Fighter series, throughout the years Zangief has had to contend with other street-fightin’ wrestlers like luchador, El Fuerte, the Iron Sheik-inspired Darun Mister, Andre the Giant-based Hugo Andore, and perhaps the lamest name-having street fighter ever, Alex. Yet, Capcom totally missed the boat by not placing him in their early 90’s Saturday Night Slam Masters wrestling video game. Gamers to this day wonder who’s the better wrestler, Zangief or Mike Haggar? Probably. 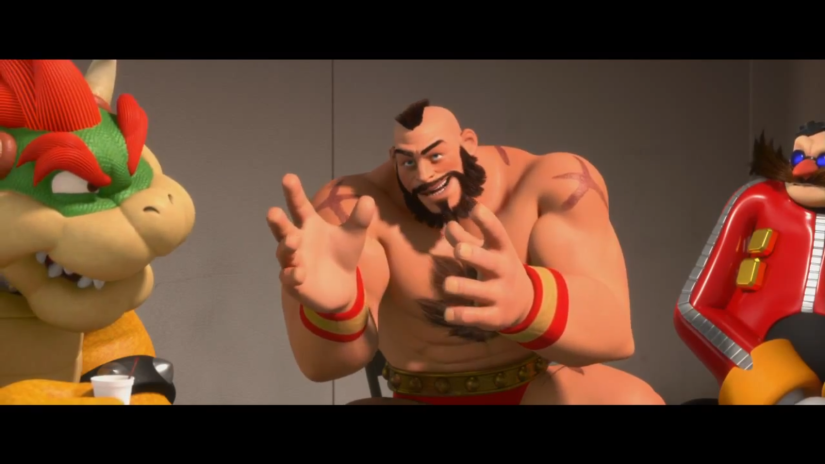 Zangief’s bad guy persona was further perpetuated by a Wreck-It Ralph cameo, but he did reason that being a bad guy doesn’t really make him a bad guy. At least it was a better portrayal of Zangief than the actual Street Fighter movie starring Jean-Claude Van Damme, where he was little more than an oafish 80’s cartoon henchman.

While Zangief was based on real-life amateur and pro wrestler, Victor Zangiev, who he looks nothing like, it’s much more fun to imagine which other actual wrestlers could’ve pulled off the Zangief gimmick. While Ivan Koloff resembled him in both appearance and amount of body hair, Vladimir Kozlov actually had the size to pull it off despite still being a few inches shy of seven feet. Although, to be fair, nobody that is seven feet tall and weighs 256 pounds would look like Zangief. They’d look like a slightly taller Barry Windham.