With season six of Game of Thrones premiering this Sunday, I figured I’d do a non “Game of Thrones Characters and their WWE Soulmates” list that Sports Illustrated’s Extra Mustard already did, and was then done by WhatCulture a year later. There are more connections between WWE and Game of Thrones than just hypothetical soulmates. Like Samoa Joe voicing The Beast in the video game version. Or the fact that the actor who played The Mountain, Hafthór Júlíus Björnsson, showed up at an NXT show and… well, that’s all that happened.

But what about those crazy wrestling gimmicks that would actually fit within the Games of Thrones universe? Spoiler alert: A lot of these guys would fit in perfectly with the wildlings.

10 . Taurus
AAA’s newest over the top gimmick may seem like an odd choice because Game of Thrones has yet to introduce any type of man-beast character like the minotaur. But it is a popular creature in most sword and sorcery tales, so he’s going on the list. Besides, I didn’t say these gimmicks had to be ones that actually existed in the GoT universe. I can’t wait to see what kind of storyline Lucha Underground comes up with to introduce Taurus onto that show 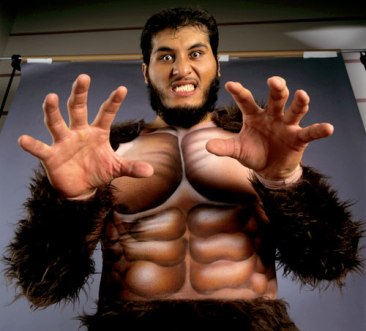 9. Giant Gonzalez
Remember those giants that the wildlings had help them break through the wall, while fighting the Night’s Watch? Although not as tall, Giant Gonzalez would fit right in with them. Plus, he’s just as furry as those guys. What else do you need?

7. Yeti
Now, hear me out. The Yeti is supposed to be an abominable snowman type monster, but the WCW version also had him wrapped like a mummy. Which means he’s supposed to be dead. So it makes perfect sense for this undead snow monster to be a part of the white walkers. Imagine all the wildlings and Night’s Watch he’d hug to death. Or don’t. 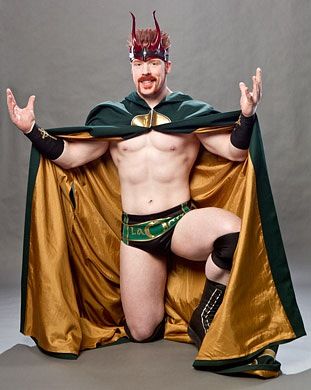 6. King Sheamus
The King of the Ring gimmick has gone to shit after Booker T. won it. But Sheamus’ take on it showed some promise, even though his original antler crown made him look like he was the king of the wood nymphs. But his crown after that seemed more fitting of a Game of Thrones king. The show premiered half a year after he won it, yet WWE did nothing with it. They could’ve at least drawn some inspiration from there. Sheamus could definitely had gotten that King Joffrey heat, or is it X-Pac heat?

5. The Berzerker
The only cool thing about The Berzerker was the sword that he would bring to the ring with him. And that one time he tried to stab The Undertaker with it. With his familiar “Huss! Huss!” call of the wild, it only makes sense that The Berzerker would be a part of the wildlings. Plus, he also had really unkempt hair. Classic wildling trademark. 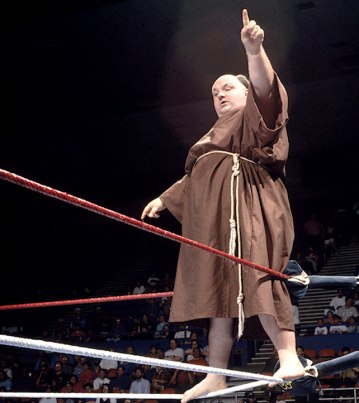 4. Friar Ferguson
Granted, this was after his time, but imagine Friar Ferguson being brought in to go full “Mad Monk” and casting Sparrow-like judgment on the scantily-clad WWE divas and sexual deviants, like The Godfather and Val Venis, during the Attitude Era. It couldnt’ have been any worse than the Right to Censor stuff.

3. The Barbarian
The third entrant into the wildlings bunch, or the more politically correct term, Free Folk. Just look at the picture. Not only would he be a part of the group, but he’d easily unseat Mance Rayder as King Beyond the Wall. And he’d knock Tormund’s head off with the Kick of Fear if he tried to keep him from ruling. He wouldn’t have taken any shit from the Night’s Watch, that’s for sure.

2. Damien Demento
Dressed in all black fur, Damien Demento’s gear definitely seems fitting for the Night’s Watch. He also seemed like a guy who would get sent to serve there. And he was kind of a dick, and after the season five finale of Game of Thrones, we can all agree that the majority of the Night’s Watch are made up of dicks.

1. Drago
If Daenerys can be the Mother of Dragons, then Drago could clearly be the father. The guy’s a goddamn man-dragon! Of course he’s going to be on this list and be number one. If any one of those three dragons could shape-shift into a human they would be Drago. End of story.