Tomorrow, AAA’s Triplemania XXV takes place live on Twitch TV. But before you watch Dr. Wagner Jr. vs. Psycho Clown in a mask vs. mask match, catch this list of the best fictional luchadores in pop culture. 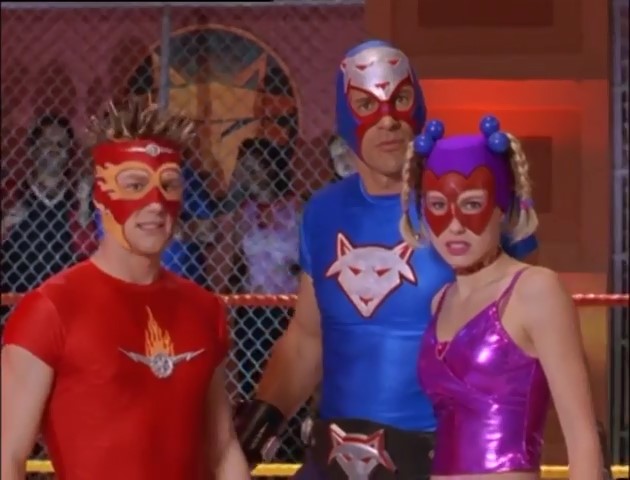 10. Los Luchadores
Lobo, Turbine, and Maria Valentine were three people cosplaying as raver luchadores on the Saturday morning FOX  Kids show… Los Luchadores. Two of them happen to be white, and the leader (Lobo) is most likely Spanish. As in from Spain. Still, they use their lucha sensibilities to fight the half-cyborg chihuahua super villain, the Whelp. And, on occasion, they wrestled.

9. Killbane
Another white guy pretending to be a luchador. Although to his credit, he did spend some time in Mexico after being ousted from American professional wrestling. Eddie “Killbane” Pryor  is the leader of a gang called The Luchadores in the game Saints Row: The Third. And if you thought masked luchadores in suits looked cool, wait until you see them dressed up as G.I. Joes. There’s also a mission in the game where you can wrestle Killbane, try to unmask him, and also have the option of actually using a chainsaw during the match, and not just wave it around like Chainsaw Charlie did.

8. The Luchadores Five
El Gladiator, Red Demon, King Karateka, Dr. Pantera, and Diablo Loco make up The Luchadores Five. They’re a group of middle-aged Mexican dudes living in East L.A., trying to make ends meet, and also saving the world from the likes of stereo-stealing werewolves, and getting into fights with French superhero group, Les Formidables. They’re constantly ridiculed, both by strangers and loved ones, yet that does little to deter them from their crime fighting ways. Unless they get in way over their heads, then El Gladiator has no problem tipping off the cops to help them out.

7. Bane ’66
The original Bane that debuted in the DC universe back in 1993 didn’t really tie in a lucha libre background. Sure he had a mask, and it was alluded to, but there wasn’t an actual issue dedicated to Bane as a luchador. Then came along the Batman ’66 comic book. It reintroduces Bane as an actual Mexican luchador, who is not only an impressive luchador, but also controls a Mexican city and lords over lucha libre legends like El Santo and Mil Mascaras. Bane also tries to break Batman’s back inside a wrestling ring, where the backbreaker belongs.

6. El Fuerte
This Rey Mysterio-based luchador is fast and acrobatic, but is too into also becoming a chef that his character probably should’ve just been Mexican chef, instead of luchador. He does have a connection with Saturday Night Slam Masters token luchador, El Stingray, in that they were both trained by the legendary Meteorito Jr. Here’s hoping this one day pays off in an updated Saturday Night Slam Masters game that connects all the Capcom pro wrestlers. 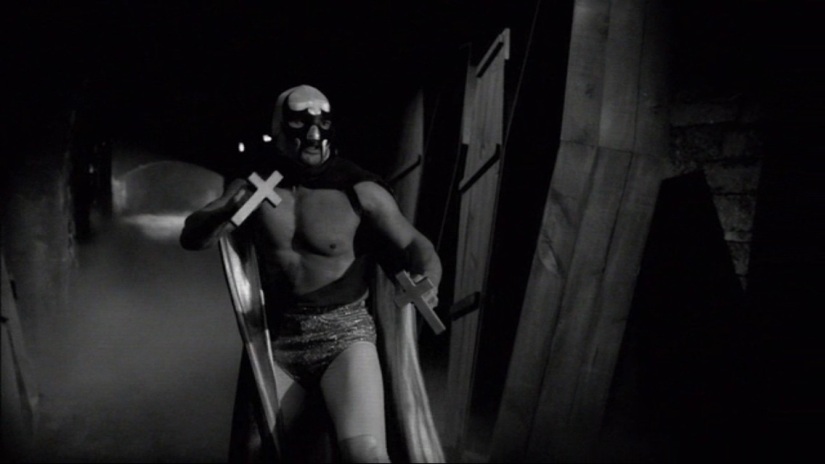 5. The Silver Angel
Both in comic book and in the show The Strain, The Silver Angel, or Angel de la Plata, falls into the popular trope of the washed up, has-been luchador who’s lost his mask in a bout with depression. He was pretty much that universe’s El Santo, having starred in his own black and white horror movies. During the time that The Strain picks up, Angel finds himself now working as a dishwasher, because despite being a luchador, he’s still Mexican. And there’s not much out there in terms of on-screen TV jobs for Mexicans. Angel eventually joins up in the fight against Guillermo Del Toro stylized vampires alongside Gus, a fan of his growing up. 4. El Toro Fuerte
El Toro Fuerte is a world champion luchador on The Adventures of Jackie Chan, and one of the few men to have been able to defeat Jackie Chan (at least, in animated form). His name comes from the ox talisman that is embedded in his mask, which also served as the source of his power. At least wasn’t steroids.

3. Mucha Lucha Trio
This lucha-themed children’s cartoon followed a trio, naturally, of young up and coming wrestlers, Ricochet, Buena Girl, and The Flea. In this make-believe lucha Mexican town (world?), aspiring luchadores start training early. Elementary school is replaced by wrestling school, and most of life’s problems can be sorted out in the ring, so long as there’s a lesson to be learned from it in the end. But their best episode (without me needing to seem them) is this one particular half-hour long episode that was dedicated to the old El Santo vs. b-movies from the 60’s and 70’s. Only, instead of El Santo, Blue Demon was the real-life luchador who made a cameo and helped the tiny luchadores fend off a bunch of vampires. That alone bumped these kids up to number three. 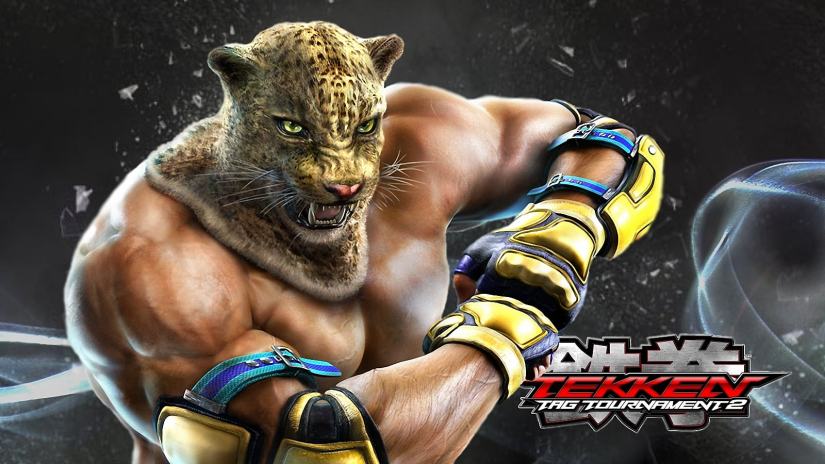 2. King
King is probably the first masked, luchador-based fighter in a fighting game. He’s been reinvented a bunch of times, but all variations of King seem to follow the same formula, use their earnings from wrestling and Tekken fighting to continue supporting this one orphanage that bonds them together. King’s proven to be merciful to even his most hated enemy, MMA fighter, Craig Marduk, who he ends up forming a tag team with later on in the series, as pro wrestlers often end up doing with their archrivals.

1. Nacho
Simply known as Nacho, despite most people referring to him as the actual title of the movie, Nacho Libre, this pudgy luchador, who was really a chef at heart, donned the mask and tights for the sake of orphaned children in Mexico. With a can-do attitude, a deep religious belief, and no formal wrestling training, Nacho took the Oaxacan wrestling territory by storm. As his wrestling earnings grew, the food he fed the little orphans improved in quality. With the help of his malnourished tag team partner, Esqueleto, Nacho went on to defeat his former idol/greatest wrestler in that territory, Ramses, because that’s how inspirational kids’ movies work. So, If you’ve been keeping track, and plan on creating a fictional luchador, make sure to include that he’s an aspiring chef, and is financially helping out an orphanage he has some connection to.