Pro wrestling seems to be good fodder for cartoons. It’s already outlandish and slapstick as it is. Wrestling is built on magnifying everything related to the real world to a ridiculously excessive interpretation. Within the boundaries, or lack thereof, of the animated world that ridiculous interpretation is further heightened to even more preposterous levels of absurdity. This is exactly why every cartoon should have at least one wrestling-themed episode. Wrestling and cartoons go hand in hand. They’re the Reese’s Peanut Butter Cups of the entertainment medium.

Today’s post is brought to you by comedian and We Watch Wrestling podcast host, Matt McCarthy, who also happens to be #2 on the list of Comedians Who Are Legit Wrestling Fans.

@OlSchoolJabroni the one where Bugs Bunny wrestles because it's the only one I can think of.

This particular Looney Tunes short stars the face of the brand: Bugs Bunny. And he seems to be making a living as some sort of mascot for the Gorgeous George-inspired “Ravishing” Ronald. It makes sense. The British Bulldogs had a bulldog, Jake “The Snake” Roberts had a snake, and Ricky “The Dragon” Steamboat had a fucking lizard. What better mascot for the effeminate “Nature Boy” than a bunny rabbit? The animators made no attempt to hide the fact that George was their inspiration, going so far as to even having his female valet spray the ring with perfume. Or rather him.

All that was missing were golden “Georgie Pins”. Instead, this guy had a hairnet. Which would come in handy when his opponent, The Crusher, based on real-life wrestler… The Crusher, rolled him up in said hairnet and used “Ravishing” Ronald as a speed bag. Bugs Bunny, fearing for the safety of his meal ticket, decides to interject himself into the match as The Masked Terror. Once again proving that no wrestling episode can truly be complete without a masked wrestler.

Bugs takes a beating early on. He even takes a Ric Flair-esque headfirst bump into the turnbuckles. Sadly he doesn’t flip over to the outside and run across to the other post and  scale the ropes, only to get thrown off. But he does get a lovely image of bonked-in-the-head floating stars that only cartoon characters get. After watching this I really wish I had some editing skills so I can make a compilation video of Ric Flair taking these bumps and adding a ring of colorful stars circling his head as he walks across the ring all loopy. 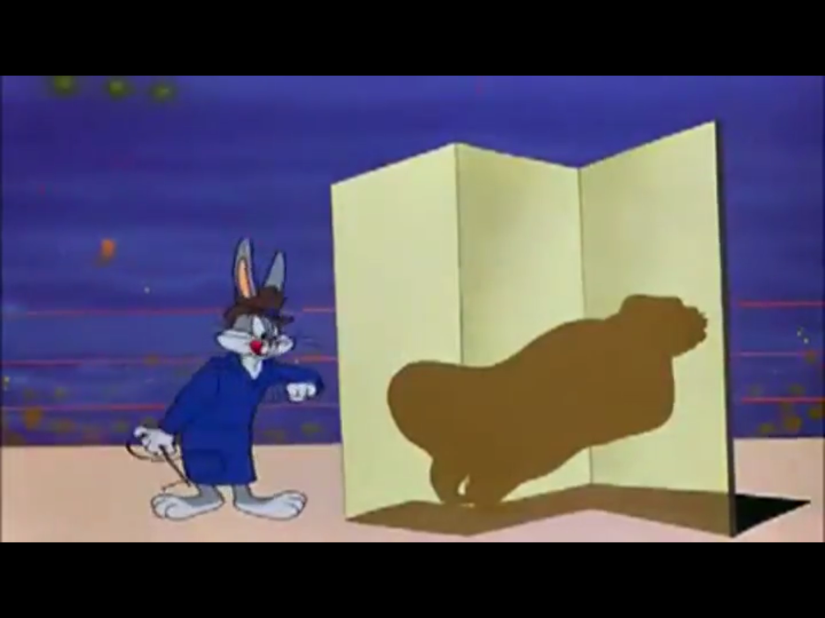 Of course, in classic Bugs Bunny fashion he mounts his comeback as only Bugs Bunny can: shenanigans. He makes The Crusher believe he tore his wrestling trunks and sets up a side business as a tailor right there on the spot. Bugs then proceeds to jam the threading needle up The Crusher’s ass sending him flying up to the nosebleed section. How Colt Cabana hasn’t included this as part of shtick is beyond me.

Crusher returns only to run the ropes and find himself slamming up against the inside of a safe. The impact causes him to temporarily talk like Milton from Office Space. Bugs decides to finish him off by literally pinning his shoulders to the mat with baby pins in order to secure the 1-2-3. The Crusher comes to shortly thereafter and, despite being pissed off that he lost to an anthropomorphic rabbit, or at the very least shocked that such an ungodly beast exists, he decides to shake Bugs’ hand. 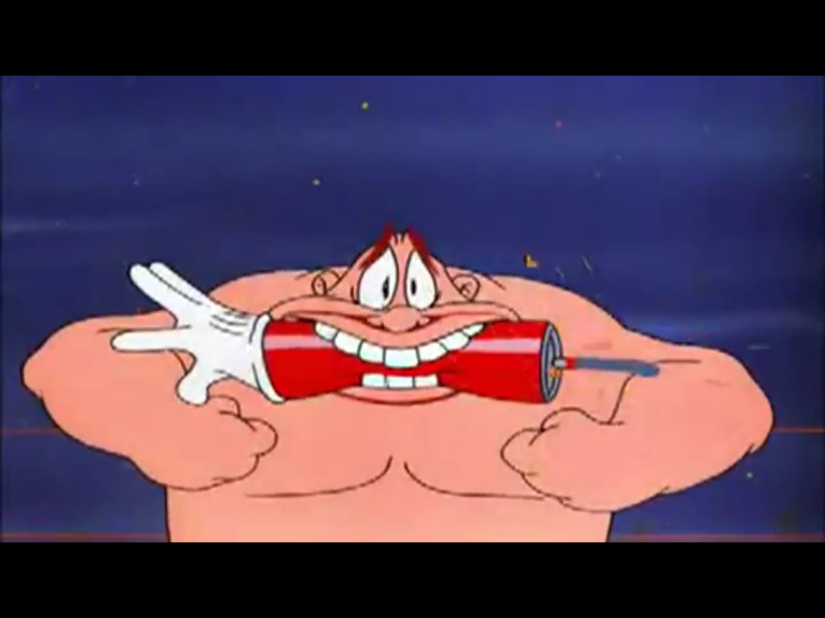 Of course, we all know where this is going, even in 1951 when this cartoon aired. The crowd shouts at Bugs to not fall for the classic heel trope, but c’mon, this is Bugs Bunny we’re talking about. Bugs sticks out his hand and, sure enough, The Crusher immediately shoves the rabbit’s arm in his mouth, realizing too late that it’s actually a stick of dynamite. And ka-boom! Bugs Bunny remains a stinker and proves that he’s even more homicidal than Sabu.