With a week into its revival on Fox, I figured it was as good a time as any to look at that one wrestling-themed episode of The X-Files that Rob Van Dam made a cameo in.

This was the first full X-Files episode I’ve ever watched, so bear with me. I thought they were supposed to be a lot more suspenseful, but this episode was goofy as all hell. Even the background music made this seem like some kind of farce. I mean, you do have two Kathy Griffins to deal with. Now, that’s just downright scary. But it’s not some weird alien doppelganger stuff, they just happen to be twin sisters from the same sperm donor, but different mothers. And whenever the two Kathy Griffins are in the same place, God makes the ground move and people get so upset they start to beat the shit out of each other. But more on that later. 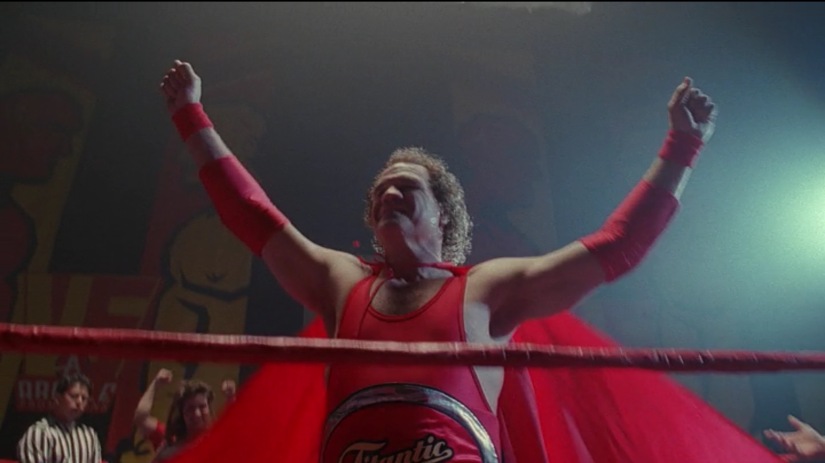 Both Kathy Griffins happen to be dating the same dude. A down on his luck, washed-up wrestler (is there ever any other kind?) named Bert “The Titanic” Zupanic. He has one shot at the main event, and it’s not even for the title, but the only way he can secure his spot is to pay the promoter a crapload of money. It’s weird and doesn’t make any sense, even by wrestling logic, both real and kayfabe. Most guys just politic their way up or get extremely over with the crowd. That’s how you get to the top. Just ask Damien Sandow. If anything, the promoter, Argyle Saperstein, probably knows if he puts Zupanic in the main event he’s going to lose a lot of money at the gate. At least, that’s the only logical reason I can think of that a wrestler would pay the promoter, instead of the other way around. It makes sense when you look at Zupanic. He looks like a jobber to the jobbers. 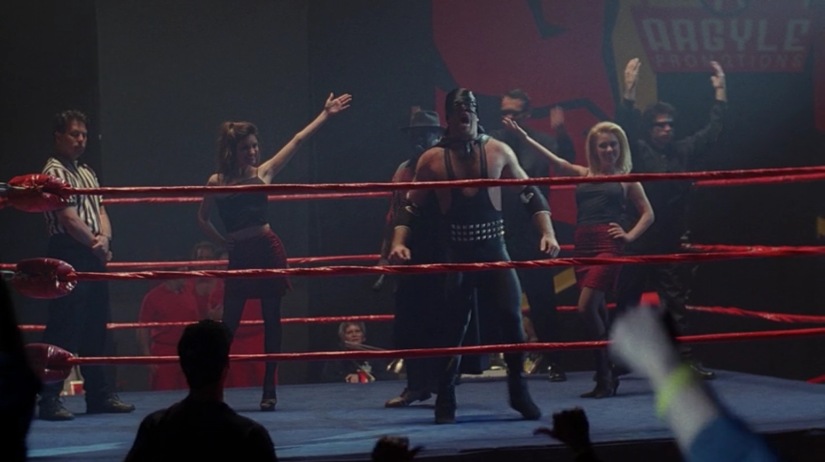 Bert’s opponent is none other than Bert’s Opponent, Rob Van Dam cosplaying as Westley from The Princess Bride. They couldn’t even bother to call him Zorro, or the Masked something-that-starts-with “M”. Also, all of Rob Van Dam’s lines are dubbed over. I guess they thought his laid back stoner voice didn’t fit the character of Bert’s Opponent.

The match actually starts off with some chain wrestling. Zupanic gains an early advantage with a clothesline and even plays to the crowd. At first, it’s hard to tell if he’s playing to them as a heel or as a babyface, because even the crowd isn’t sure what to make of Zupanic as they go back and forth booing and cheering him within a matter of seconds. He’s originally introduced as, “the hometown boy gone bad,” which actually draws some jeers from the crowd, even though he didn’t insult the local sports team or anything like that.

Agent Mulder arrives to confront the first Kathy Griffin and take her away before the second one shows up. As this happens the second Kathy Griffin naturally shows up, also carrying cash for Zupanic. Argyle Saperstein has no problem taking that bag of money as well. Dude gets paid three different times throughout the episode by Zupanic and judging by the crowd in the arena, he probably made more money from those three payments. Zupanic should’ve become the damn face of Argyle Promotions for that amount. The two Kathy Griffins set off the crowd and they begin beating each other up. Probably because they’re upset that two Kathy Griffins exist in this weird universe. 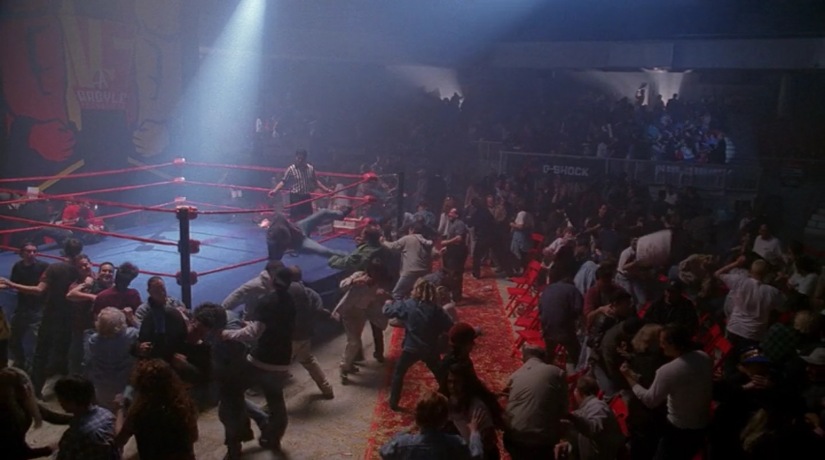 Zupanic has RVD in a Boston crab when he notices both Kathy Griffins. RVD takes advantage of this distraction without batting an eyelash at the rumble going on in the stands because ECW. Imagine if John Cena won and the crowd actually rioted. This scene is what that rioting would probably look like, only with more skeevy-looking dudes. Agent Scully shows up with Bert’s own twin brother, Jailbird Bert, and everything comes to a stop and everyone falls silent. On a side note, I’d like to think Jailbird Bert is the one that got duped by Ace Ventura into thinking Ace was the HDS delivery guy. As soon as both Berts lock eyes all hell breaks loose once again. The Titanic runs after his twin, and RVD gives chase as well, instead of taking the win via count-out. And that’s about as satisfying a finish as you’re going to find on a current episode of WWE Raw.

5 thoughts on “The X-Files”