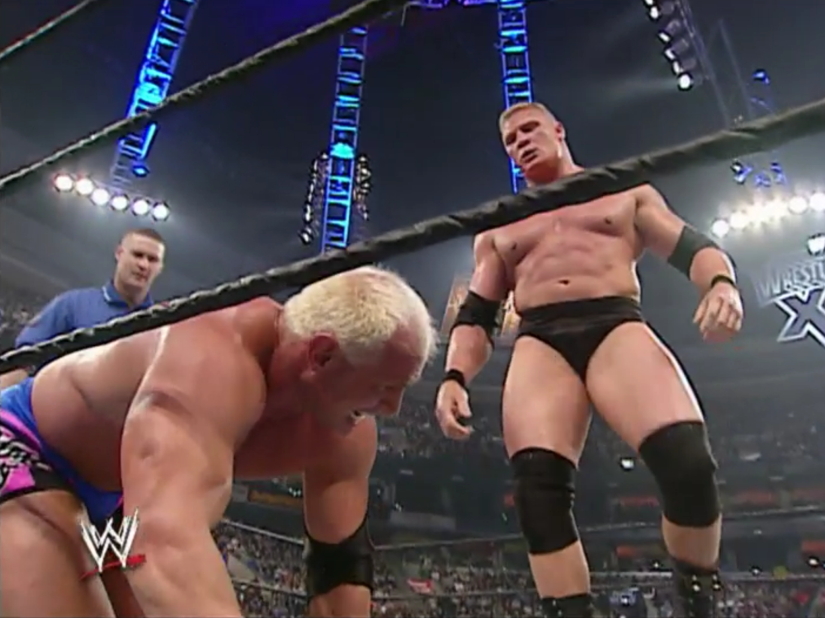 So people feel Roman Reigns doesn’t deserve his championship match at WrestleMania against Brock Lesnar, despite the legally binding contract that is winning the Royal Rumble. But this isn’t the first time the WWE has accelerated a wrestler’s path to the main event, or even thrown a bone to a long-time mid-carder that had no business being in a match that had the title graphic “WWE Championship” before the bell rang. To be fair though this list will only concentrate on those undeserved number one contenders that were given pay-per-view title shots, or else it’d be filled with every wrestler Bret Hart faced in 1992, or almost every other superstar Hulk Hogan defeated on Saturday Night’s Main Event.

END_OF_DOCUMENT_TOKEN_TO_BE_REPLACED

Like most of the episodes of Ren & Stimpy, there’s no context given or any kind of a backstory that sets up Ren and Stimpy finding themselves inside a wrestling ring opposite two large, roid-raging freaks. So let’s get right into it.