We’re told via title card at the beginning of Backyard Dogs that by the year 2000, there were more than 18,000 backyard wrestling federations. What they don’t tell you is that there were double that amount of nu metal bands and they’re all on this soundtrack. Step into a transitional time period of baggy awkwardness that was the late 90’s and early 2000’s and witness a generation that spawned from the Attitude Era.

END_OF_DOCUMENT_TOKEN_TO_BE_REPLACED

Medium: Film
Title: The Wrestler
Bio: He was once one of the biggest wrestling stars of the 80’s and 90’s. Although a shell of his former self, Randy “The Ram” Robinson still competed on independent wrestling shows, until his last match against his most famous rival, The Ayatollah, at a Ring of Honor show.
Signature Move: The Ram Jam.

Ah, the early 2000’s. Mountain Dew was that generation’s choice of soft drink, Jack Ass set the new standard for how to best impress your friends, and wrestling was a thing that the mainstream media was actually interested in covering. So naturally, anything targeting that sweet 18-49 demographic was going to include the variant use of the word extreme. It worked for Doritos!

END_OF_DOCUMENT_TOKEN_TO_BE_REPLACED

As September draws to a close I figured I’d highlight the fact that September is National Recovery Month which raises awareness about recovering from drug and alcohol addiction. Addictions that the pro wrestling industry is all too familiar with. And while wrestling fans once chugged along with their favorite beer guzzlers like “Stone Cold” Steve Austin and The Sandman, and rolled a fatty for 4:20 friendly wrestlers like Rob Van Dam and The Godfather, in today’s wrestling landscape that’s no longer the case. While it’s not entirely condemned, because only heels are straight edge, it’s definitely frowned upon. Pro wrestling has even tried to make public service announcements out of wrestlers’ real-life past addictions. Here’s five of them.

END_OF_DOCUMENT_TOKEN_TO_BE_REPLACED 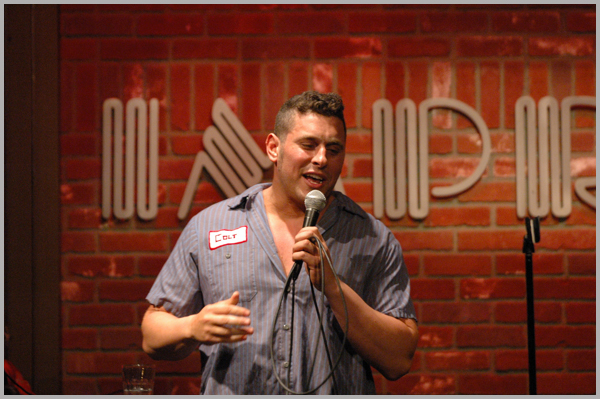 Wrestling fans love to know about celebrities who actually enjoy watching wrestling. It makes them more like us! However, we don’t care for the ones that were somehow coerced into being at a WWE event, despite getting awesome front-row seats, for the sole purpose of reminding non-wrestling fans how mainstream and culturally relevant WWE is. Nor do we care for the ones that are guest hosting Raw for the simple reason of pimping out their latest movie/show. No, we like the ones that actually watch on their own accord and are fans of the product. Whether they’ve just gotten on the bandwagon or have been fans for years. It’s even better when those fans happen to be comedians. Especially, when you consider the several parallels between the lives of professional wrestlers and stand-up comedians. Plus, it helps to have a sense of humor and a healthy dose of self-hatred when watching wrestling. Which is why it makes sense that comedians would be legit wrestling fans. And here’s a PWI 500-ish ranking of them.

END_OF_DOCUMENT_TOKEN_TO_BE_REPLACED

In honor of Black History Month, I decided to compile a list of the top black tag teams in professional wrestling history. It was a lot harder than I thought it was going to be.